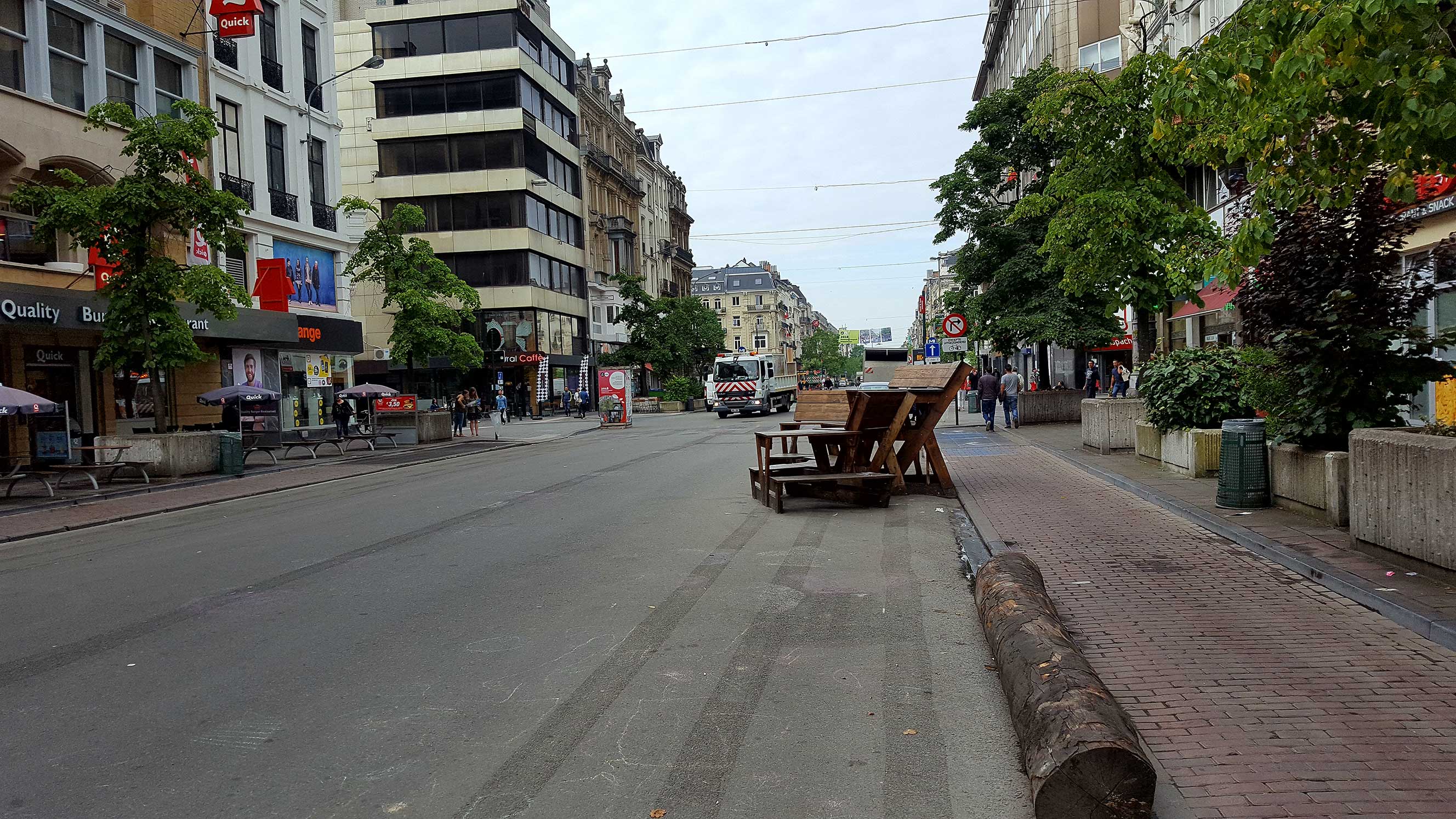 For the love of Brussels what’s happened?

When a dream of pedestrian heaven is sabotaged by insufficient planning...and grief

I went out to dinner last night in the centre of Brussels near the Stock Exchange (La Bourse) and was taken aback by the sudden flatness. I told my dinner pal that it is usually throbbing with people. She laughed at this sexual connotation yet as cheery as I appeared to be at our dinner at ‘Fanny Thai’ I was crying inside.

It’s now a pedestrian zone, the cars have all gone but so too has the cheery bustle that used to lift that gritty and grimy part of the city out of its possible doldrums.

I don’t understand, I LOVE pedestrian zones. I LOVE no cars, no pollution, no harsh engine sounds, no beating of wheels on cobblestones, no honking horns. I LOVE not being scared as I cross the street. But with the exit of the cars, doldrums is all that seems left.

What’s happened to this space? Why do I feel more uncomfortable, more exposed on this open no-car-people-only street, than on any other I’ve ever been before?

When you exit the metro you’re in Wild-West ‘Bruxelloise’. The cars are gone but are strangely still there. Physically missing, their steel ghostly souls pass at 50-60-70 kms per hour. Dust blows. Rubbish whirls. Youths inhabit the rustic recycled wooden bleachers that dot the space haphazardly. Are the beggars now outnumbering me? Cars start to inhabit my psyche in such a way that I want their noise, their pollution, their intrusion.

There is something surrealist to the birth of this pedestrian space. It’s just a street with the cars blocked off and with shadows of scraped-away road markings. You’re unsure of your place there.

Why it was managed like this is a mystery but any foreigner living here will say it’s just a part of Magritte logistics. For Belgium is a place of surrealist logic and the city centre is no different. I guess it’s a first step and despite angry protests against it by car lovers and local merchants it looks like it’s going to stay.

But there’s something much greater than these factors at play. On March 22, 2016 some crazy men decided to kill themselves and other innocent civilians at the Brussels airport and at a city metro station. It seems they’re looking to hit public places. People here don’t know if/when it’s going to happen again. Tourists are staying away.

On top of keeping themselves out of harm’s way people are also grieving their loss of freedom. Staying indoors and licking their wounds of previous innocence.

In a strange kind of way maybe that’s good news for the pedestrian zone? Hopefully confidence in the streets of Brussels will be restored and the crazy men will all be locked up where they belong – SOON. Hopefully another such attack can be prevented.

And in turn the Wild West Bruxelloise can be restored to its past car glory but without the fumes.

It’s yet far from beautiful but it’s not abandoned. Shops are still open. You can still eat at Fanny Thai and on investigation – plans are underway to make it an attractive city centre once again without cars. The Federal Government is investing €10 million over the next two years with works expected to finish by end-2018.

Let’s hope this all happens because I have this to say – oh Brussels, my darling city of choice with your gilt Grande Place, your twisting streets and peeing city monuments from a time when my country of origin – Australia – was still incognito, revive yourself!

Stand up and remain counted among the world of great places to live and work!